Pro Wrestling Sheet spoke with Storm after the wrestler finished a nearly 12-hour training session this week at the WWE UK Performance Center. The champ was understandably tired, but said she has no problem putting in the work to achieve her goals.

“I’m not gonna lie, this week has been just crazy,” she explained. “The weeks leading into our big events are just exhausting and I’ve been going at it for about 12 hours now, but it’s all good! Because I’m gonna put in the work now and it’s gonna make TakeOver even more awesome.”

When asked what it’s like being the flag-bearer for the NXT UK Women’s division since defeating Rhea Ripley, Toni was honest. “It’s kind of a lot of pressure,” she told us, “but it is honestly a dream come true. I wouldn’t want it any other way. I’m proud of it, I’m happy with it and obviously all work has gotta go into it to maintain it and just push it to its next level.” 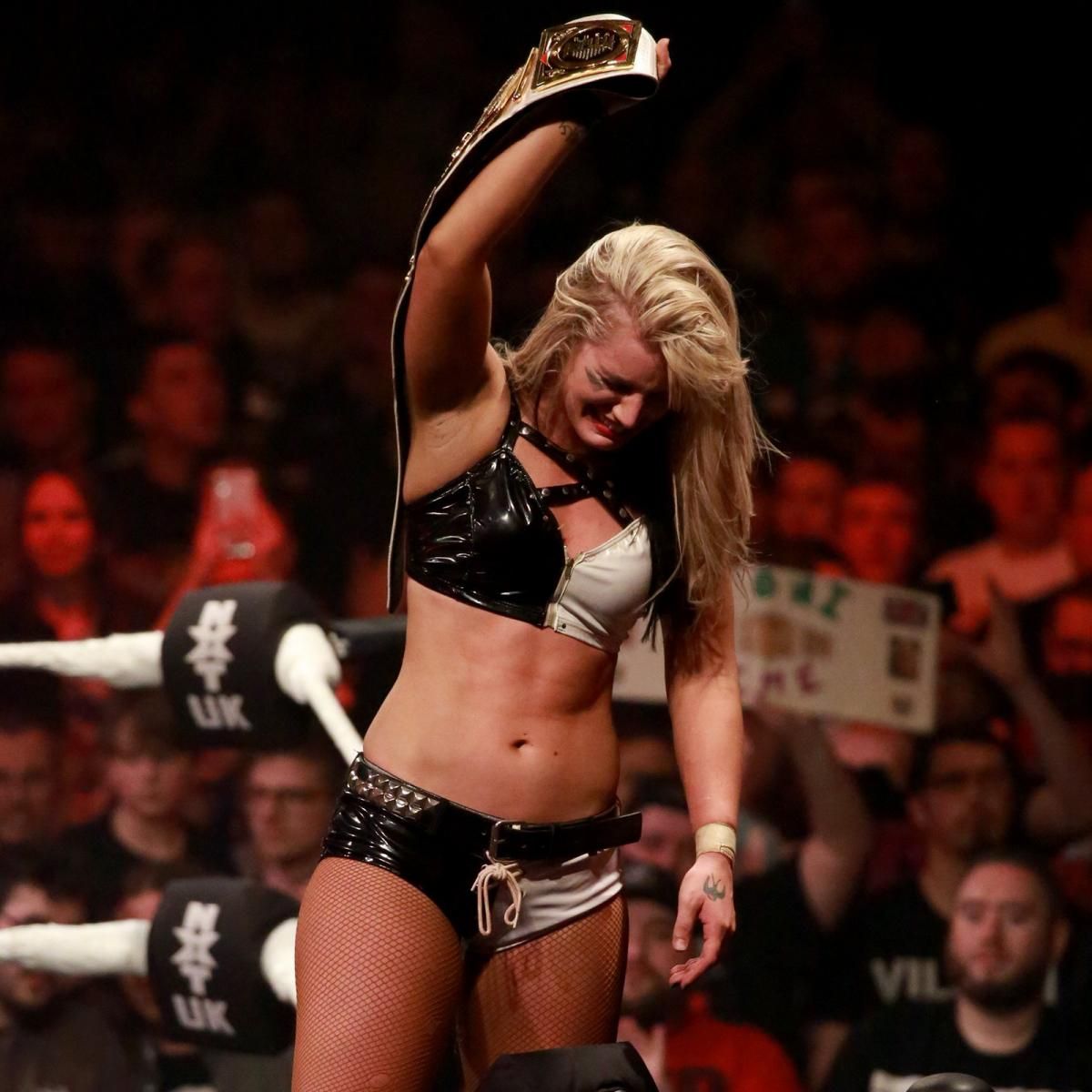 Pushing the NXT UK brand to the next level is something that’s important to the young female wrestler, explaining that many of the people who fill the UK Performance Center treated her like family when she moved to the United Kingdom in pursuit of becoming a pro wrestler.

Now, she wants to give back to them by helping her coworkers grow the brand.

“I had no business wrestling in the UK at one point. I was just a kid that moved over and tried to make a name for myself out here. Luckily I was accepted by the UK wrestling scene. I was taken in and trained by people around here and was treated like family,” said Storm. “No one in the UK had to do that. But they did and I was taken care of quite well.”

“I want to make everyone in NXT UK really proud of the brand they’re in because it means a lot to me. Everyone in NXT UK was at some point someone that took me in when I first moved out here. So I’ve gotta really give back,” she added.

WWE’s UK Performance Center, which opened in January, has been said to be the prototype for similar facilities run by the company that will hopefully pop up in other countries. Toni says the one where she currently trains has become her second home.

She also believes there are two performers there poised to breakout.

“I’m really glad that Piper Niven is finally with NXT UK. I’m so happy about that because I genuinely think she doesn’t get enough recognition,” Storm stated. “The talent in that woman is unbelievable and I really think it’s time for the world to really see just how important she is.”

Same goes for Jack Starz, according to the Mae Young Classic winner.

(STARZ VS. WALTER FROM AN EPISODE OF NXT UK)

“I’ve never seen anyone work as hard as him [Starz]. Obviously he’s not in the highest position, but he’s actually a hidden gem. If you watch him train, and you watch how hard he works, I don’t think there’s anyone more deserving. He’s really underrated and there isn’t enough eyes on him. Those kinda things take time and he’ll eventually get the recognition he deserves cause it’s been a long time coming.”

NXT UK TakeOver: Cardiff features a stacked card of WALTER vs. Tyler Bate, Travis Banks vs. Noam Dar, Dave Mastiff vs. Joe Coffey in a Last Man Standing match and more. The event takes place on the same day as NJPW’s Royal Quest event and AEW’s All Out. Triple H said that while the timing was coincidental, the UK brand will certainly be looking to send a message across the pond.

“TakeOver is a lot of pressure as it is, let alone with so many massive shows running on the same day, but without pressure there’s no improvement. You need that kind of pressure to make you do bigger things. If we don’t have weight on our shoulders we’ll never improve. So, if anything, it’s a good thing. I’m glad it’s on at the same time as so many big things. That’s what makes people better,” she said with certainty.

That confidence will serve Toni well this weekend when she faces-off against longtime friend Kay Lee Ray in a match that has gotten personal in recent weeks.

On an episode of NXT UK, Kay Lee cut a scathing promo on Toni about why their friendship ended. The promo (seen below) included Ray saying Toni pushes everyone away, including her father when she was a child.

“It was quite a shock, to be honest, because it’s one of those things where I trusted her and known her for a very long time. Then the next thing I know she’s just gonna try and bring out my personal weaknesses all over the world,” Toni said of the verbal attack. “But, you know what, I don’t mind if you want to bring up something personal — if you want to try and bury me in front of the entire world, go for it — at this point I just don’t care because I’m gonna absolutely battle her at TakeOver. I’m going to completely take her head off. She’ll get what comes to her.”

Storm and Kay Lee Ray have been wrestling against each other since 2015. The two became close while traveling the road together and Toni says she learned a lot from her former friend. This is something that the NXT UK Superstar believes will give her an advantage this weekend.

“I guess the problem with her is she might’ve just taught me a little too much here. That’s on her though. We had no idea that we would have an NXT UK Women’s Championship match at a TakeOver. So, ya know … jokes on her! She taught me too much.”

“We’ve wrestled each other everywhere. All over the world. A few hundred matches. I’ve known her for a very long time,” Storm firmly stated. “Unfortunately things aren’t the way they were anymore, a lot of personal aspects have been brought into it, but at the same time … I know we’re gonna steal the show because we always have in the past. I don’t think I’ve ever had a better opponent. And we go back so long, I know it’s gonna be war. I know it’s gonna be a complete battle, but it’s gonna be fire.”

The full 30-minute conversation can be heard in podcast form below.