Keith Lee is challenging Roderick Strong for the NXT North American title tonight in a Triple Threat match, but before he does we chatted with the powerhouse wrestler about his opponents and more.

Anyone watching NXT as of late knows Keith Lee’s in-ring abilities are something to behold.  The 6’1, 320 pound athlete can toss grown men across the ring with ease, while also flying through the air like a cruiserweight. After a year in the company, he’s now started to break away from others at the WWE Performance Center due to a recent series of matches against Dominik Dijakovic.

This continued last week when Lee and Dijakovic battled it out live on USA Network to determine the #1 contender to the NXT North American Championship. However, champion Roderick Strong interfered in the match causing GM William Regal to book tonight’s Triple Threat for the belt.

Now that the match is set, we spoke with Lee to get his thoughts on a variety topics related to tonight’s match including what winning the title would mean to him (if it fits).

Pro Wrestling Sheet: You’ve got a big one coming up on Wednesday, a Triple Threat title match for the NXT North American Championship, but before we get to that, I want to know how you’ve felt so far when it comes to the matches you’ve had on NXT TV with Dominik Dijakovic?

Keith Lee: In reality, those battles are battles of will and they’re something unprecedented. I don’t think there are many places — if any on the planet — where you will see levels of competition like that. Especially from two larger individuals. Myself, being probably one of the largest in the sport right now in terms of actual weight and such. I think that I enjoy that level of competition, so it’s something that I do take great pleasure in. That level of competition is something that kinda fuels me … so I’ve enjoyed them!

KL: I think you were right when you first said that – Roderick Strong is also in the match. 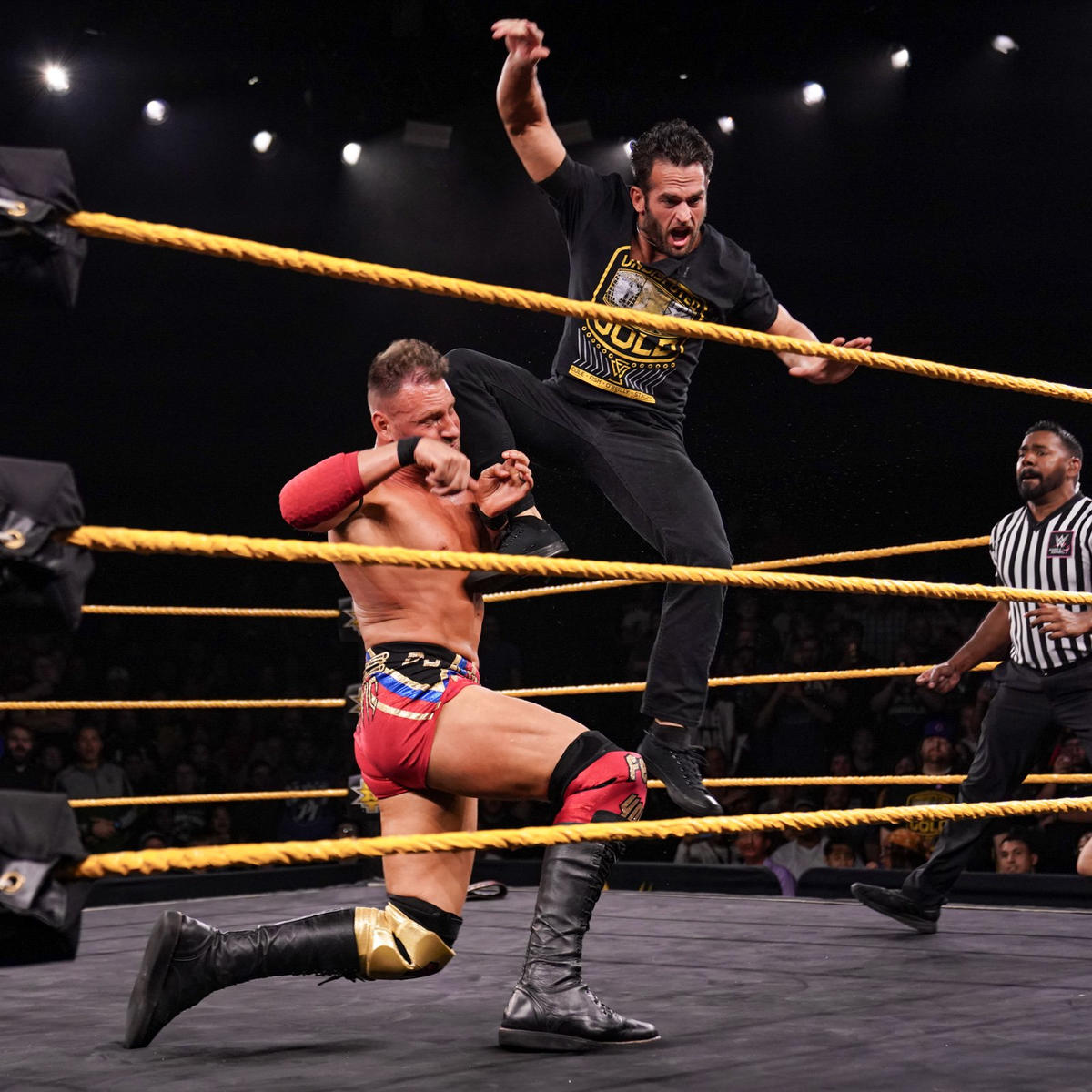 KL: He is in between two absolute animals in terms of athleticism, strength, speed, explosion. It’s really a bad mixture. At the end of the day, I think we’ve seen Undisputed Era make mistakes similar to this before. So one would think that they would’ve learned their lesson … but no, here we are. They’ve ended up and found themselves in a Triple Threat with two of the largest athletes on the planet. And two of the most unreal athletes that this sport has ever seen. Fortunately for him, he is quite the crafty guy, so even with all of the accolades and abilities that we have, we’re going to have to kinda watch our backs. If we don’t watch our backs, we’re liable to end up with a championship belt across our face.

As with any Triple Threat, you’ve gotta keep your head on a swivel. And I’m okay with that.

KL: Hmmm. Championships mean a lot of things and they’re all generally quite wonderful things. But for me, I’ve always been different when it comes to championships. It’s not so much winning the championship – it’s always a joyful experience – but the greatest thing that I love about becoming a champion is the amount of prestige that I offer a championship. The way that I lift the belt up. The way that I carry it. The way I defend it. Everything I do encompasses a champion. And so, that being the scenario, I would just love to see how important that championship becomes when it’s across my shoulder or around my waist … if it fits me.

KL: It’s just a scenario in which I’m hopeful and all I can so is give my best and give my all and that’s exactly what I’m gonna do.

PWS: Speaking of elevating the title and making it more of an attraction, if you win the title, is there anyone you’d like to have a program with afterwards to help you do that?

If I had my pick of the litter, I don’t know if there is specimen that I feel is more of someone who I think is gonna bring the war to me more than Cesaro. He would probably me my number one choice. Simply because of how great I think he is inside of a professional wrestling ring.

PWS: I was low-key disappointed when he got drafted to SmackDown just because I really wanted him to be on NXT with you guys. I used to love when Cesaro was part of NXT and was sort of the the final boss that people had to face before becoming a top guy in the company .. so I’d love to see that. Have you enjoyed seeing Finn Bálor come back to the brand?

KL: It was unexpected. I had no idea. There’s been scenarios where he has come to just hang out and watch or support someone he may know, something to that effect, so when I saw him in the back that’s all I thought of and nothing more. However, when his music hit and he came out and said “Finn Bálor is N-X-T” … I think there was almost like … the nerds will get this: In Dragon Ball Z when a Saiyan sees a fighter that they think will be a great challenge they get excited and they get tingles on the back of their neck. That’s how I felt when Finn Bálor said that. I don’t know exactly what’s gonna happen, but at some point, me vs. Finn Bálor is a possibility. Who knows. I just think he would be a great challenge.

KL: A lot of people underestimate Terry Taylor. He has changed a lot of my style in terms of professional wrestling. He taught me how to not throw everything against the wall. There’s a lot of things that people in WWE have never seen Keith Lee do that people who have followed Keith Lee for years are shocked that they haven’t seen. There’s so many things that I get to pull out every now and again that I don’t necessarily need all the time because I now understand the fact that I’m 6’3″ 340 and I can throw literally any human being on the roster with no problem. And I try to use that more to my advantage as opposed to regularly throwing my body in the air and sometimes injuring myself.

PWS: I’ve noticed that a little. As someone watched you in PWG, I’ve definitely seen you take on a more methodical approach with how you do things and I’ve enjoyed seeing the progression of that.

KL: I feel like at the end of the day it’s one the most effective ways that I can make use of myself. I don’t always need aerial tactics, let’s be honest. It’s not like there’s a great slew of enormous dudes in NXT, so when I need it I use it. And when I don’t … I throw human beings for fun.

PWS: Well, thank so you so much for the time. I look forward to the title match.

KL: Thank you so much, buddy.

In addition to the North American title match, Rhea Ripley is set to go one-on-one with Bianca Belair and Finn Balor will follow up on saying “my future will be my past” during last week’s show.