WWE’s King of the Ring tournament begins tonight on Raw and Cedric Alexander says being a participant is the perfect chance for him to take his career to the next level.

Ahead of Cedric’s first round match, Pro Wrestling Sheet spoke with the former Cruiserweight Champion about what a win in the tournament would mean for his career.

“I’m super excited to be a part of King of the Ring,” he told us. “The fact that countless legends have been made out of that tournament — ‘Stone Cold’ to be one of them, Triple H — they’ve all gone on to be icons within the business. So, of course, winning King of the Ring is one step further to being that icon and, for me, cementing that legacy. That’s what the ‘Age of Alexander’ has always been about! Me collecting those accolades and building that legacy. King of the Ring is a perfect way to catapult me all the way to the top.”

Besides Steve Austin and Triple H, the tournament also helped launch the career of Brock Lesnar in 2002 — and a young Cedric Alexander was watching.

The 30-year-old says one of his most memorable King of the Ring moments was Brock’s finals match against Rob Van Dam.  “I was such a huge Van Dam fan! Van Dam has been my favorite wrestler since day one. I was so thinking he was going to win, but then Brock came in,” Cedric elaborated. “He was ‘The Next Big Thing.’ Brock’s another guy who, look at him now! He’s had a stranglehold on that Universal Championship for the last like two years.”

This year’s tournament is brimming with talent looking for an opportunity to launch themselves into the main event. Participants include Cesaro, Samoa Joe, Kevin Owens, Ricochet, Drew McIntyre, Elias, Andrade and Sami Zayn, who Cedric is facing tonight for the first time.

“I am definitely looking forward to having a match with him [Sami Zayn]. I followed his career extensively. We’ve never actually touched in a one-on-one situation, so I think it’s going to be a pleasant surprise for both of us,” Alexander said of his opponent.

Cedric also has two Superstars he’d like to end up in the tournament finals with — Andrade or Ali.

“Andrade is a very good one. I’ve only had a few matches with Andrade. I’m curious to see what would happen nowadays between me and him,” he replied when asked for his ideal finals opponent. “I’m gonna go with Ali though. A little bit of déjà vu. Maybe we can recreate some magic from WrestleMania and show the world how much we’ve grown since then.”

As you’ll recall … Cedric defeated Ali at WrestleMania 34 to win the vacant Cruiserweight title in the culmination of a tournament that took place on 205 Live. 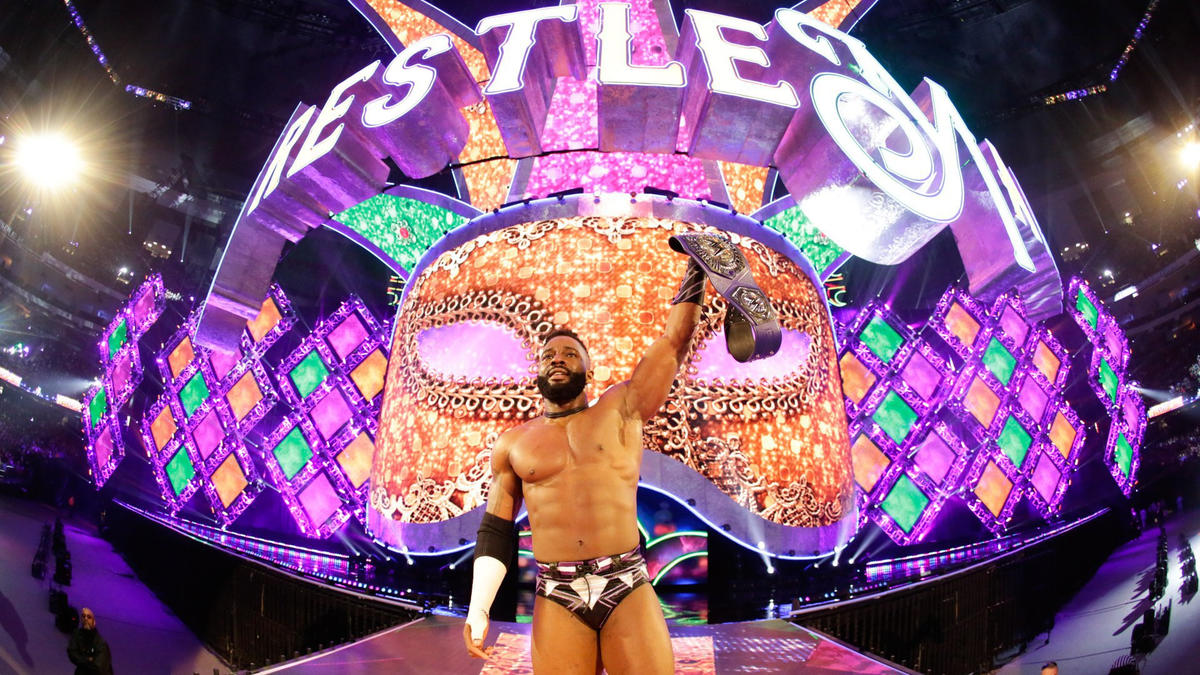 On the topic of 205 Live, former Cruiserweight champ Buddy Murphy had a star-making performance last week on SmackDown Live against Roman Reigns that got the wrestling community talking. “Don’t sleep on Buddy,” Alexander said in reference to the match. “He can come up on anyone real quick.”

“All the guys in the cruiserweight division have always been super duper tight,” he added. “Me, Buddy and Ali have always been super cool with each other. So when you see one of your friends, colleagues, competitors in the ring with Roman Reigns, a guy who we didn’t think we would actually have the opportunity to be in the ring with, much less having what was considered one of the best matches of the entire year, it’s crazy! It’s crazy to think that. I’m super happy for Buddy and I can’t wait to see him in the tournament hopefully.”

Cedric would also like to go up against Drew McIntyre in the tournament, but for a different reason.

“I got a win over Drew and I think I want to get that second one in the tournament. I think that’s really gonna bug him! And I like to irritate Drew. It brings joy to my life,” he joked.

The current program between Drew McIntyre and Cedric Alexander seemingly began after Paul Heyman was hired as Executive Director of Raw. Cedric says he doesn’t know if Heyman is advocating for him behind the scenes, but he has been receiving invaluable advice and direction from him.

“It’s been great working with Paul,” Alexander said. “He’s really helped me feel more comfortable. He saw a match I had with Bobby Roode months ago on an episode of Main Event and he was a very big fan of it. He’s given me pointers on how to project myself better to fans and small little show business quirks. Because that’s one of the things I’m not 100% comfortable on sometimes, so talking in front of a camera is something that Paul has definitely helped me get more in tune with.”

And lastly … that jump off the Titantron (seen below).

Cedric recently jumped off the top of the stage during Raw, landing on a group of Superstars and going down in WWE history with a handful of others who’ve made similar moves.

“At the moment, when I got up there, I was like, ‘I’m so gonna make everyone pay for this,'” he told us. “But then I looked down and was like ‘Ohhh, that’s a long fall!’ But you know what, I’m here, I committed and off I went! I couldn’t think too much about it because it was a split second decision.”

“I can’t just climb up here and have everyone see me then climb down! I gotta do this now,” Alexander added. “It’s so awesome to think that moment will be played on RAW on a loop for the next 5-6 years maybe. It’s a moment. A Raw moment! That’s exactly what it is.”

Cedric Alexander will be looking to make another moment tonight when he competes against Sami Zayn in the first round of the King of the Ring tournament — tonight at 8pm ET on USA.