The WWE Performance Center is brimming with talent from all over the world, but one of the stars shining brightest is Bianca Belair – and she knows it.

Bianca Belair stepped into the WWE Performance Center in 2016 knowing nothing at all about the wrestling business. Yet, less than four years later, she’s already one of the top female stars in NXT due to impressive matches and her unique character.

“When I first got here I had no idea know what to expect,” Bianca told Pro Wrestling Sheet during an interview last week ahead of NXT’s two-hour, live episode on USA Network. “I tried to be very very very humble, because I knew that I was learning a new skill and I feel like I had to be humble to show respect to this because this is an art within itself, it’s not like anything I’ve ever done before.”

“Of course, I can pull my athleticism, and being coachable, and I can apply it to here. But it’s just something that you have to go in one-hundred percent and that’s what I’ve done,” she added.

Belair made her NXT debut in May of 2017. She then made a splash in the Mae Young Classic tournament before going on an undefeated streak in NXT. That long streak came to an end, however, at TakeOver: Phoenix when she faced-off against NXT Women’s champ Shayna Baszler.

Adding insult to injury, she was unable to avenge the less at TakeOver: New York and tapped out. 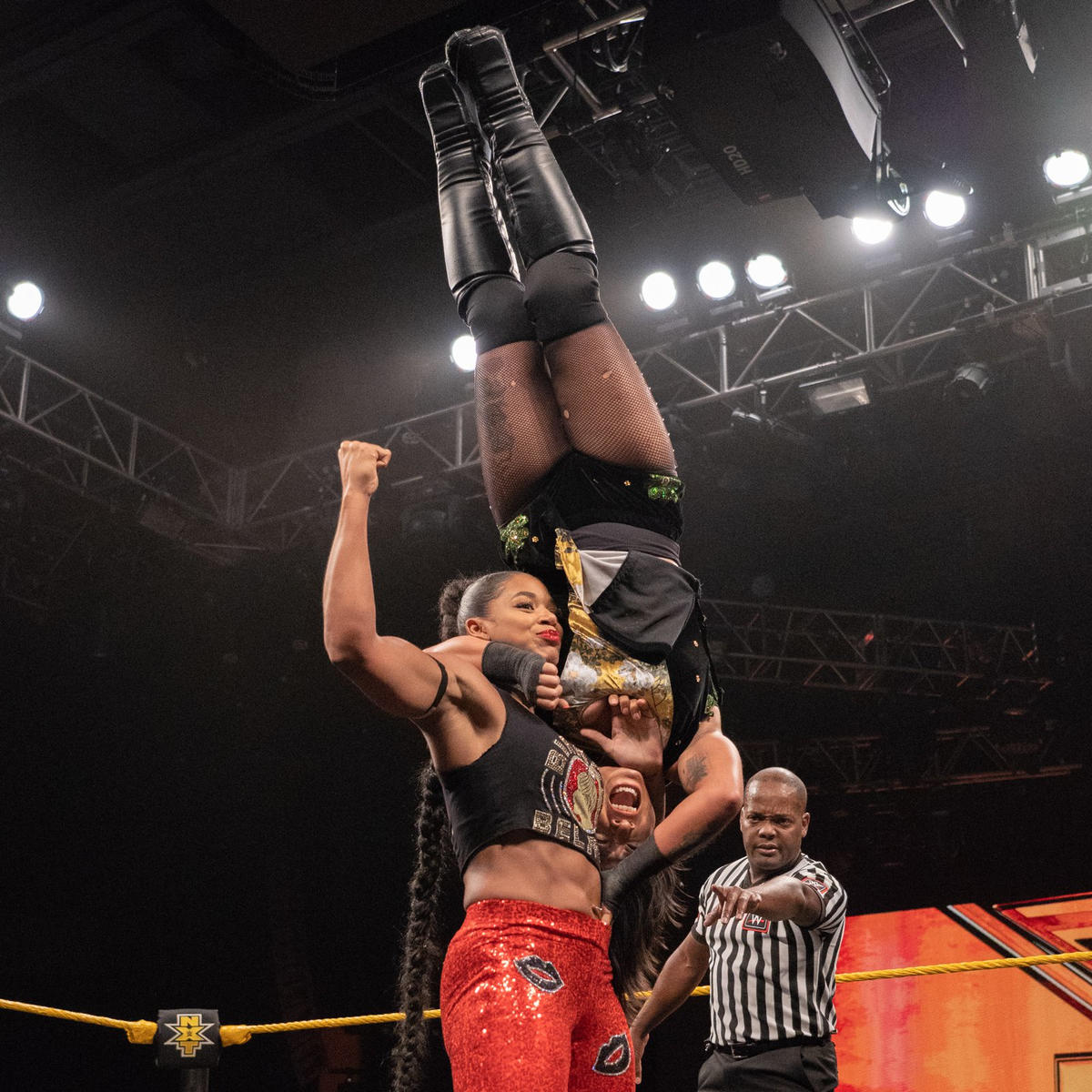 “People say ‘she’s the next big star, blah blah blah’ but I’m at the point now where it’s like … I’m not the next big star, I am the star. I don’t want to be the underdog anymore. Don’t treat me like I’m an underdog just because I wasn’t on the independent scene for ten years. I grinded in a different way. I was in college. I ran track. I wasn’t just sitting at home doing nothing. I just had a different journey than you. I know what I’ve put into this and I know what my journey is. So, I am just happy about everything that is happening and just being on the USA Network. I feel like it’s something we all deserve.”

While some might expect Bianca would’ve been surprised to learn she was booked in the opening match for NXT’s first live show on USA Network, Bianca tells us that wasn’t the case. Instead, she felt a sense of satisfaction knowing the powers-that-be had faith in her – as well as her opponents – to showcase the type of great matches the brand is known for providing right off the bat.

“Regardless of what role you play here, we hold a responsibility as being role models – whether you want to be a role model or not, we are – and I think that holding that responsibility is something that makes my job more than just being a job. It gives it purpose,” Belair explained. “That’s the one thing that’s special to me is, is the affect I have on kids. But not just kids, adults too. My main thing is you go out there, you shine, you be the best that you can be. And if you put the hard work in and you’re good, be confident in that. Don’t dim your light for anyone. Regardless of whatever. That’s special to me holding that responsibility. It means a lot.”

Adding, “I hold it very dear to my heart.”

Bianca Belair can be seen with other NXT talent Wednesdays on the USA Network at 8pm ET.

Watch the full interview with Editor-in-Chief Ryan Satin below.