The full brackets have now been revealed for AEW’s upcoming TNT Championship tournament.

At the beginning of this week’s episode of Dynamite, two additional tournament matchups were revealed: Kip Sabian vs. Dustin Rhodes and Lance Archer vs. Colt Cabana.

As we previously reported, the other two tournament matches were announced this week on AEW Dark. Those matches were Cody vs Shawn Spears and Sammy Guevara vs Darby Allin.

AEW’s TNT Championship kicks off next week on Dynamite and is scheduled to culminate on pay per view at Double or Nothing in Las Vegas. 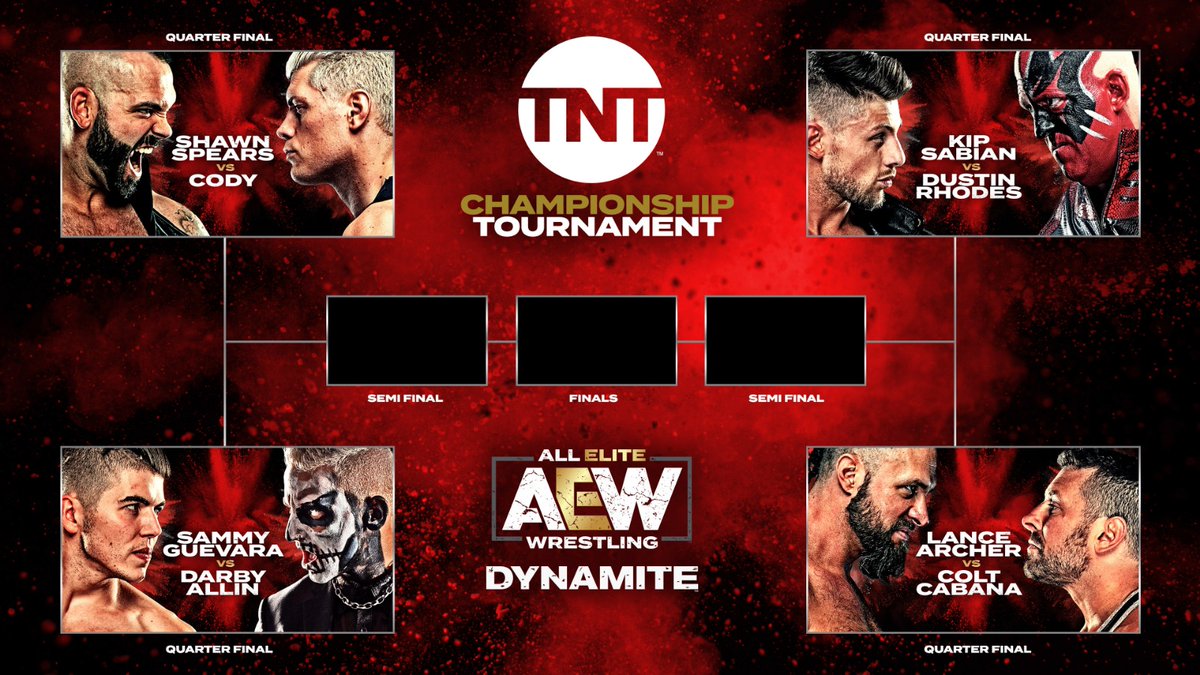